To further create excitement over the new store, Mang Inasal worked jointly with Filipino visual artist Paulina Luz Sotto for the commemorative design of the 600th store marker and Pinoy jeepney art installation. Sotto is the grandchild of National Artist Arturo Luz, whose family hails from Lipa. The artwork was an abstract representation of Mang Inasal’s journey towards becoming a national icon in the quick-service restaurant industry. 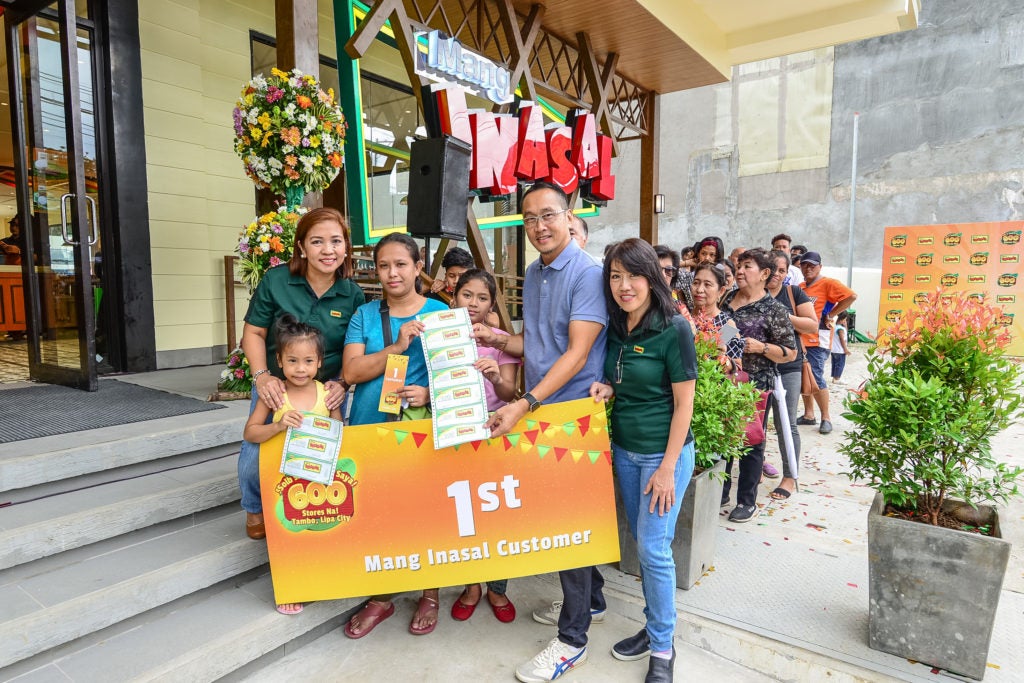 Subido says, “We are honored to share this feat with our loyal customers, dedicated employees, and committed franchise business partners whose patronage and support saw us through the past 15 years. 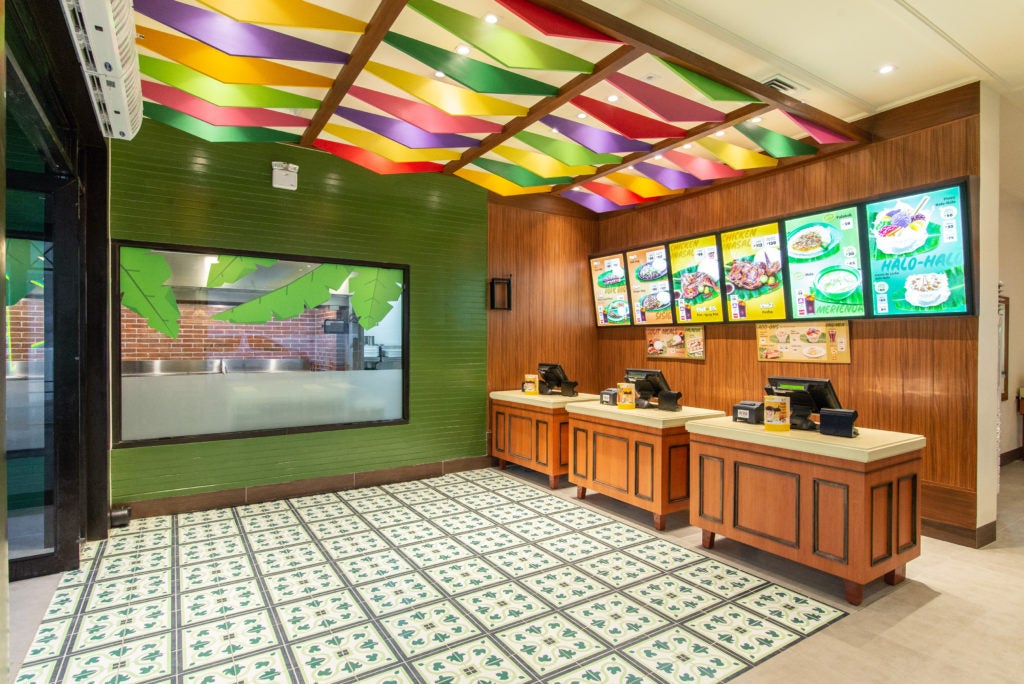 “Our journey as an enterprise was made more memorable with all of you helping us make true Mang Inasal’s commitment to provide best-tasting, high quality, value-for-money food and a dining experience where our customers relish the uninhibited joy of eating,” Subido adds. 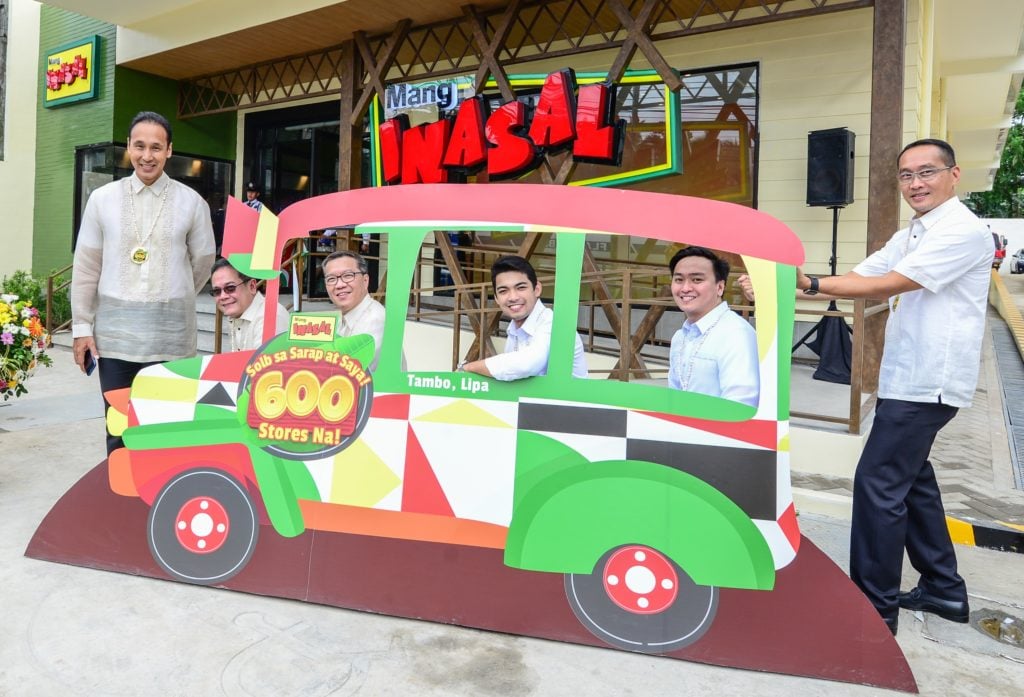 This article is originally published and written by the INQUIRER.net which can be accessed online at https://business.inquirer.net/283643/mang-inasal-marks-a-milestone-anew-with-opening-of-600th-store-2

The Filipinos’ favorite: A look at the Chicken Inasal

Filipinos have included the chicken inasal among the well-loved classic Pinoy dishes like adobo, sinigang, and kare-kare. And whenever they have a craving for really satisfying chicken inasal meal, they already know where to go, Mang Inasal.
Clearly a contribution of Visayan cuisine, the chicken inasal has become a Pinoy staple because of its authentic flavor that has captured the taste even of Filipinos from other regions.

To appreciate more of everyone’s favorite food, here are five juicy facts about the chicken inasal:

Inasal means “chargrilled”
“Inasal” is the Ilonggo term for “chargrilled” or “roasted meat.” The secret to its flavorful taste lies both in the marinade and in the roasting process.

Mang Inasal has formulated a special marinade that it uses in preparing its flagship product. Also, as a commercial establishment, Mang Inasal has continually improved on the grilling system and procedure to ensure the consistently high quality of grilled chicken goodness that the outlet has been offering.

And to further delight chicken inasal fans, Mang Inasal is proud to offer the “2-in-1 sa Laki, Nuot-sa-Ihaw-Sarap” quarter chicken.

Chicken inasal was born in a Bacolod street
The chicken inasal’s humble beginnings can be traced to a small street in Bacolod known as Cuadra where a series of small chicken inasal stalls is owned by the Velez sisters. The siblings are considered the pioneers in mainstreaming inasal na manok, making entrepreneurs interested in offering their own chicken inasal with a twist.

The founders of Mang Inasal built on the undeniable appeal of this Filipino cuisine, establishing its first branch in Iloilo. Through the years, Mang Inasal has successfully brought its own take on the Pinoy grilled chicken in fast-food style.

Truly Filipino dining experience
Mang Inasal is one of the local fast-food chains that offers best-tasting Pinoy food by having a concept and ambiance that is truly Filipino. This is one of the reasons why its food is served on wares that carry the banana leaf motif to conjure the Pinoy’s use of banana leaf in serving and cooking food. Even the store’s ambience carries the homey, grillery that has been the trademark of Mang Inasal.

Best with chicken oil and unli rice
Chicken inasal is best eaten with chicken oil over plain or garlic rice. At Mang Inasal stores, the chicken oil forms part of the condiments trio — together with soy sauce and vinegar –that allow customers to savor the meal at its most flavorful.

Also, further reinforcing the Filipino diners’ preference for rice, Mang Inasal has been offering unlimited rice with all its paborito meals.

It is the fun experience of mixing the condiments, and being able to fully satisfy their hunger pangs via unli rice, that have endeared Mang Inasal to a number of Pinoy food enthusiasts.

With its promise of serving great food and bringing the joy of eating to Filipinos, Mang Inasal continues to improve its product quality and portfolio to win the hearts of everyone.

*This is copied from the article published by Malaya and is available online at: http://malaya.com.ph/business-news/living/filipinos’-favorite-look-chicken-inasal

Mang Inasal, widely known for Pinoy-style “nuot sarap” grilled chicken and other quality popular Filipino dishes, has once again proven why they deserve the honor of being the top grilled Pinoy branded outlet in the country after winning the Outstanding Filipino Franchise, as well as the Best Overall Marketing Campaign Award at the 2017 Franchise Excellence Award (FEA).

Considered the “Oscars” of the franchising sector, the FEA is the country’s first and only industry award that recognizes top home grown and international franchisors in the Philippines. FEA celebrates the country’s best-managed companies that serve as benchmarks for franchising businesses.

This year’s ceremonies were held on July 20, 2017 at the SMX Convention Center in Manila.

The Outstanding Filipino Franchise Award is an honor bestowed to franchises that have become standards in national market penetration through excellent franchise operations and corporate governance. The award, which Mang Inasal won for the Large Food Category, places Mang Inasal in rarified circles, as it has won it in consecutive fashion, elevating the company into FEA’s prestigious Hall of Fame.

The win was largely keyed by Mang Inasal’s launching of the Franchisory Advisory Council and other relevant initiatives, resulting in substantial net profit growth.

The award for Best Overall Marketing Campaign in the Large Scale Business for Food Category is given to companies with successful and effective marketing programs that significantly contribute to company growth and the advancement of the franchising sector.

“These awards are more than just an affirmation of business viability,” said Jojo P. Subido, Mang Inasal Philippines, Inc. General Manager. “This means our customers do love what we offer, and it is truly an honor. We are committed to continuously improving our products and services to give back to our partners, stakeholders and of course, our loyal customers.”

According to Kantar Worldpanel, a global expert in monitoring and analyzing shopping behavior, Mang Inasal is the top grilled Pinoy branded eat-out in the Philippines. Kantar Eat Out Panel is a continuous panel of individuals from Metro Manila, looking at consumer eating out purchase behavior.

Mang Inasal, a subsidiary of Jollibee Foods Corporation, is the leading Pinoy branded outlet in the cf its gountry, with its strong portfolio of Chicken Inasal, Pork BBQ, Halo Halo, and Palabok. Variations in the menu are constantly being developed to meet the discriminating demands orowing customer base.

*This article is copied from the Philippine Star and can be found online at http://www.philstar.com/business-life/2017/08/07/1724896/mang-inasal-bags-top-franchising-awards